DID THE RESURRECTION OF JESUS REALLY HAPPEN? 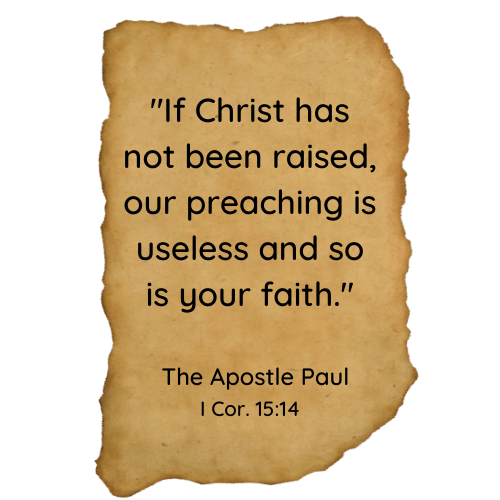 YOU CAN ONLY CHOOSE ONE SIDE:

Non-Christians:  There are numerous reasons to doubt the ancient claims that Jesus was raised from the dead.  Our earliest accounts come from decades later, written by people who did not know Jesus, and their accounts are hopelessly confused and contradictory. Even more important, the resurrection is a Christian belief that involves the supernatural, and historians cannot prove supernatural beliefs.

Watch the debate.  Listen to the arguments.  Choose a side.

Bart D. Ehrman is a professor of religious studies at the University of North Carolina.  He has written or edited thirty-three books, including six New York Times bestsellers:  How Jesus Became God, Misquoting Jesus, Jesus Interrupted, and Forged.  Bart has been featured in The New York Times, The New Yorker, the Wall Street Journal, Newsweek, and Time, and has appeared on National Geographic, NBC's Dateline, the Discovery Channel, and the Daily Show with Jon Stewart.

"I was a committed Christian for 25 years and believed whole heartedly in the physical resurrection of Jesus. For years I argued that it could be proved. But after extensive study, I came to the conclusion that it was not a historical event."

Michael R. Licona is a New Testament scholar, author, and leading evangelical apologist on the resurrection. He is Associate Professor in Theology at Houston Baptist University and the director of Risen Jesus, Inc.  He has authored or co-authored seven books including The Resurrection of Jesus: A New Historiographical Approach, and The Case for the Resurrection of Jesus.

"There was I time when I doubted the truth of the Christian faith and considered abandoning it. For 10 years I studied the matter of Jesus’ resurrection and became MORE CONVINCED THAN EVER that Jesus really did rise from the dead! I even wrote 4 books on the topic!"

with special guest host and moderator 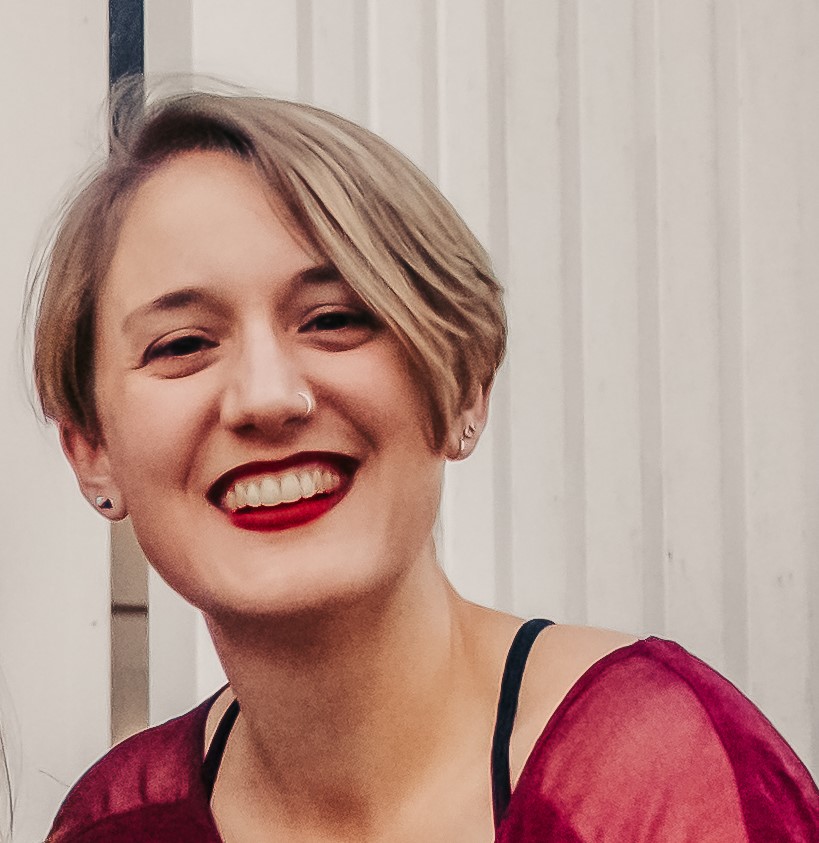 Megan serves on the board of directors for H.A.P.S., and takes care of the day-to-day running of the Digital Hammurabi YouTube channel and Podcast. 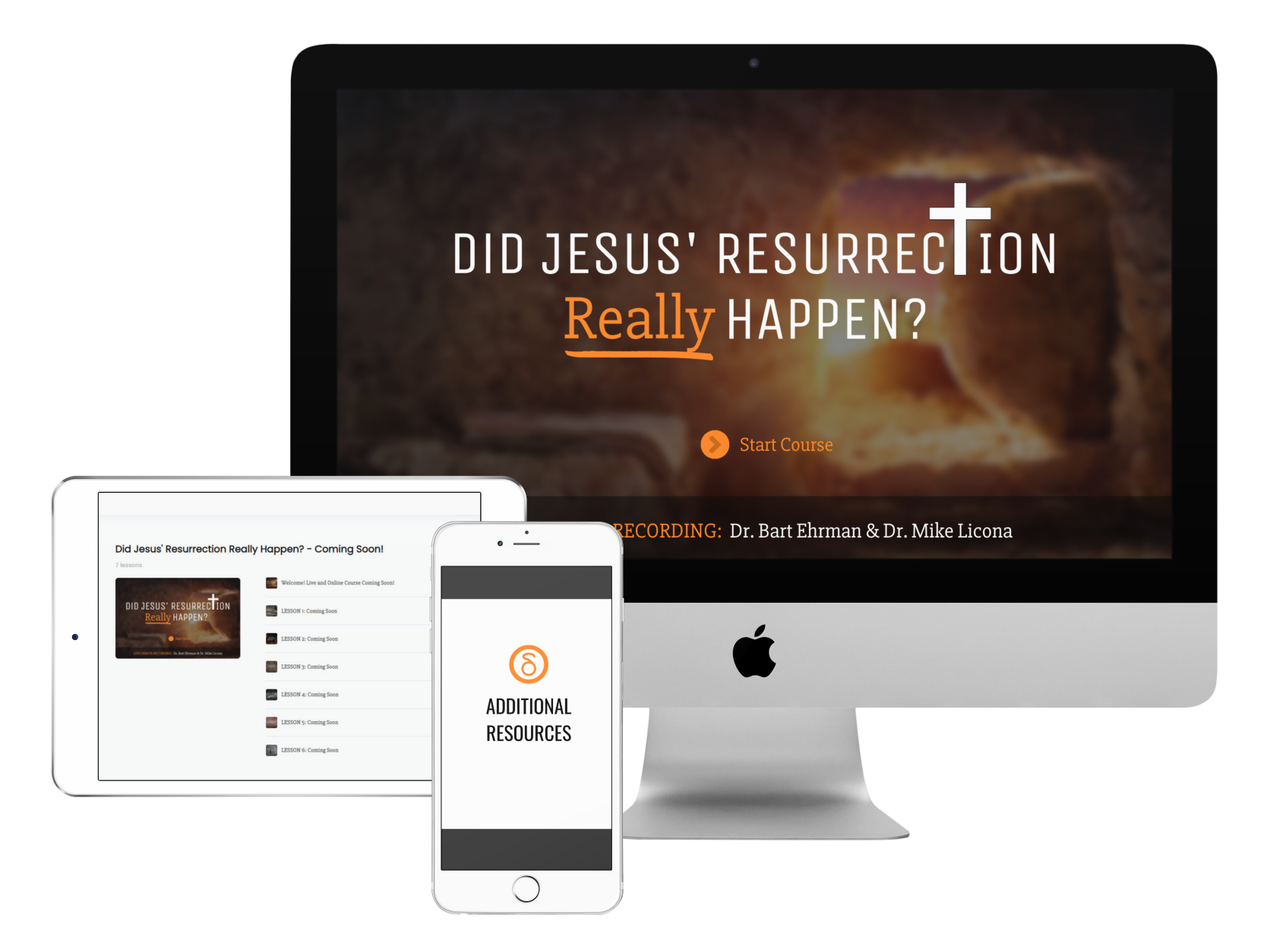 Can we trust the gospels as eyewitness testimony to the resurrection?

Most Christians accept the testimony given in the four gospels, Matthew, Mark, Luke, and John, as eyewitness testimony.  Even most non-Christian Bible scholars would agree there is a great deal of historical fact found in the Gospels.  So, is there any reason to doubt the resurrection narratives?

What corroborating evidence do we have outside of the gospels of the resurrection?

Find out what, if any, textual evidence exists of Jesus' resurrection outside of the Gospels.  For example, what additional evidence can we learn from the writings of Paul, Acts, and the rest of the New Testament?  What about 1st and 2nd century Greek or Jewish writings?  Find out in the debate recording!

How do we know if Jesus really died?

Some people may wonder why Jesus' death is an important topic when discussing the resurrection.  After all, everyone dies and we don't consider death as evidence for a resurrection.  But in Jesus' case, it's important to establish the death since we have claims of his followers having seen him after his crucifixion.  If he was removed from the cross before dying or perhaps mistaken for dead and revived in the tomb a few days later, that would be incredible, no doubt, but not a resurrection.  Therefore, it's important to learn what scholars can establish about Jesus' death.

What evidence do we have for an empty tomb and why is the empty tomb important?

The scholarly consensus was that Jesus was buried after he died according to the scriptures.  This is important because if he really was buried, we must also deal with a potentially empty tomb, a strong bit of evidence for the resurrection.  But is there any reason to think Jesus was not given a decent burial by Joseph of Arimathea?  As it turns out, Dr. Ehrman is not entirely convinced by the burial narrative in the Gospels and presents his case during the debate.

Who actually saw Jesus risen? Does the eyewitness testimony hold up to historical scrutiny?

Multiple sightings are reported in the Gospels, the letters of Paul, and in Acts.  Many Christians assume Jesus appeared to his closest disciples, possibly all of them minus Judas.  Did he appear to anyone else?  With each appearance, especially if independently corroborated by multiple authors, the case grows stronger for the validity of the claim.

Why would the disciples doubt?

What proof do we have that the disciples preached the risen Christ and died for their belief?

The widespread belief among Christians is that all of Jesus' disciples preached the risen Christ and died for their faith.  This is strong evidence for the resurrection if it's true.  Is this historically accurate?  If not, find out which of Jesus earliest followers did, in fact, did die for their faith.

Does the “Minimal Facts” argument hold up to critical scrutiny?

Popularized by Christian scholar and resurrection expert, Dr. Gary Habermas, the "Minimal Facts" approach to the study of the resurrection of Jesus lays out the case for the resurrection without the need for the divine inspiration of the New Testament.  Instead, Habermas argues there are certain events surrounding the resurrection that scholars of almost every religious and philosophical persuasion recognize as being historical.  Examples of "minimal facts" are that Jesus died by crucifixion, that there was an empty tomb, that Jesus' earliest followers claimed to see him alive afterwards, and that they were so convinced of what they'd seen that it spurred them to spread their new faith throughout the world in the face of hardship, persecution, and even death.  Habermas argues that almost every scholar of any belief system accepts these facts and that the literal, historical resurrection of Jesus is the most likely cause of these events.  Dr. Licona has co-authored a book with Dr. Habermas so he is well acquainted with this approach to proving the resurrection.  Meanwhile, Dr. Ehrman has been critical of the "undisputed" nature of some of these facts.  Licona and Ehrman discuss this approach in the debate.

How would a skeptic answer the incredible conversion of Paul?

Paul is one of the most important converts to Christianity of all time.  After growing up as a Jew and becoming a Pharisee, Paul persecuted the early church after the death and alleged resurrection of Jesus.  Then Paul had a conversion experience where he saw the risen Jesus on the road to Damascus.  Paul's experience so profoundly impacted his belief in the risen Christ that he became a Christian and spread the message of the resurrection and established churches throughout Greece, including Corinth, and Asia Minor (modern day Turkey).  Paul is not only important due to his success as a missionary and New Testament writings, but also because he offers important early corroboration of the resurrection, and that from an unlikely source.  He also knew and spent time with Peter, Jesus' closest disciple, and James, the brother of Jesus.  What do skeptics do with this evidence?  Find out in the debate!

How likely are the alternative explanations to the resurrection?

Alternative theories have been postulated over the centuries to explain away the evidence for the resurrection.  For example, we have the Hallucination Theory, which says the post-resurrection appearances to the disciples were hallucinations.  The Swoon Theory says that Jesus never died on the cross.  He was removed early and revived at a later time leading his followers to think he had risen from the dead.  Another theory claims that he did die, but someone stole the body, so the empty tomb led to the disciples' early belief in the resurrection.  There are many possible alternatives but is any of these likely from a historical perspective?

If, for any reason, you don't love the debate, you have a 30-day time frame from the the day of purchase to request your money back, no-questions-asked!

"Whether you are a believer, fundamentalist, evangelical, moderate, liberal, or a non-believer, Jesus is the most significant individual in the history of our civilization. Coming to understand who Jesus actually was and what he actually did - and did not do- is one of the most important intellectual endeavors anyone in our society can embark upon."